Cloudflare Cuts Off Service To Far-Right Board After El Paso

The Guardian: Cloudflare cuts off far-right message board 8chan after El Paso shooting 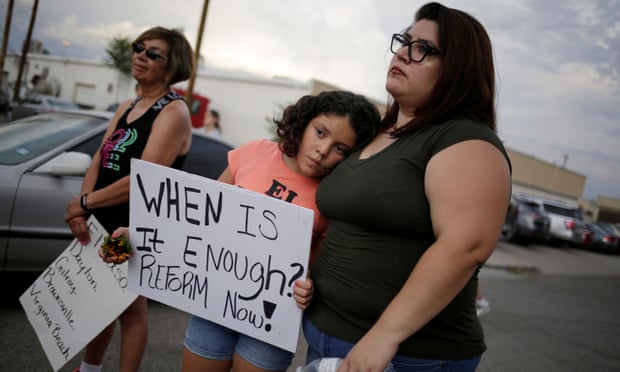 Internet infrastructure company Cloudflare has announced it will stop offering far-right message board 8chan protection from distributed denial of service (DDoS) attacks in the wake of the El Paso terrorist attack.

The 21-year-old suspect in the El Paso Walmart shooting, which resulted in the deaths of 20 people, is believed to have posted a white nationalist rant on 8chan before the attack.

Cloudflare, which provided DDoS protection to 8chan to prevent the site being taken down by activists targeting the site, had resisted calls to cut ties with 8chan in the wake of the El Paso attack, but on Monday, the company relented.

Cloudflare’s CEO Matthew Prince said in a blog post that 8chan would no longer get protection from Cloudflare as of midnight Pacific Time. “The rationale is simple: they have proven themselves to be lawless and that lawlessness has caused multiple tragic deaths,” he said. “Even if 8chan may not have violated the letter of the law in refusing to moderate their hate-filled community, they have created an environment that revels in violating its spirit.”

Prince said the decision had not been taken lightly.

“We reluctantly tolerate content that we find reprehensible, but we draw the line at platforms that have demonstrated they directly inspire tragic events and are lawless by design. 8chan has crossed that line,” he said. “It will therefore no longer be allowed to use our services.”

Less than 24 hours earlier, Prince had told the Guardian that ceasing to provide services to 8chan would not make the internet safer or reduce hatred online.

“If I could wave a magic wand and make all of the bad things that are on the internet go away – and I personally would put the Daily Stormer and 8chan in that category of bad things – I would wave that magic wand tomorrow,” Prince said. “It would be the easiest thing in the world and it would feel incredibly good for us to kick 8chan off our network, but I think it would step away from the obligation that we have and cause that community to still exist and be more lawless over time.”

In 2017, after the deadly far-right rally in Charlottesville Virginia, Cloudflare stopped providing protection to extremist neo-Nazi website the Daily Stormer. Prince previously told the Guardian he was “deeply uncomfortable” with that decision, and in the blog post on Monday, he said that action at the time caused a “brief interruption” for Daily Stormer, but it quickly came back online using a Cloudflare competitor.

“Today, the Daily Stormer is still available and still disgusting,” he said “They have bragged that they have more readers than ever. They are no longer Cloudflare’s problem, but they remain the internet’s problem.”

He said he had “little doubt” the same will happen with 8chan.

8chan is quite popular.

I've never been on 8chan, nor have I ever felt the need to access such a site. I understand Cloudfare having a lot of pressure to make this kind of decision, but I am a little concerned as far as the precedence that comes from this. I've never heard of Cloudfare stepping in and making this type of decision for any type of website, and it makes you wonder if this decision shows the future as far as internet censorship goes.
Forum Promotion: Best Webmaster, Admin, & Internet Marketing Forum
Post Reply
3 posts • Page 1 of 1

Users browsing this forum: No members online and 1 guest