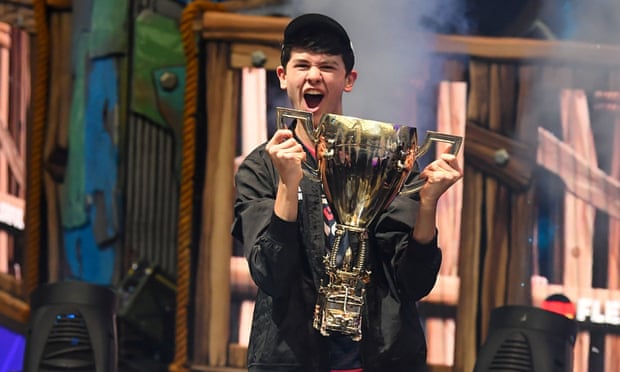 Barely two weeks after winning $3m at the Fortnite World Cup, Kyle “Bugha” Giersdorf was “swatted” in the middle of a livestreaming session.

The 16-year-old was broadcasting to his legion of fans on streaming platform Twitch as he played Fortnite with friends when the incident occurred. Swatting involves a hoax call to the police in the hope of armed officers descending on someone’s home. The practice has led to the death of at least one person in recent years: in 2017 Andrew Finch was shot and killed by armed police responding to a fake hostage report at his home. A Los Angeles man was later sentenced to 20 years in prison for the hoax call. He had been angry after losing an online game of Call of Duty to Finch, a 28-year-old father of two.

On Saturday night, Giersdorf could be heard saying “I’ve been swatted” on his stream, before leaving for 10 minutes. “Well that’s a new one,” Bugha said when he returned. “They came in with guns, bro. They literally pulled up ... That’s scary ... The internet’s ******** crazy.”

Police in Upper Pottsgrove Township, Pennsylvania, told ESPN they had received a call from someone pretending to be Giersdorf. The caller claimed he had killed his father and was holding his mother hostage. Police then surrounded the home but when they called the residence Giersdorf’s father answered. The situation was then deescalated when one of the officers, who lived locally, recognised Giersdorf.

Giersdorf became an overnight millionaire when he won July’s Fortnite World Cup, beating 99 other players in front of 16,000 fans in New York, and millions more online. “I’m just so happy. Everything I’ve done, the grind, it’s all paid off,” he said after his victory.

Users browsing this forum: No members online and 1 guest